WINNER OF THE SMEG COOKER IS…

Firstly I appreciate you all, the fact that you are here, a part of the family of jsomething.com means everything to me and we have so much to look forward to! I hope things are going well and that you are focusing as much of your attention on all the good around you amidst the hardships, cause there is plenty of it!

Getting right to the point … The SMEG Cooker giveaway! 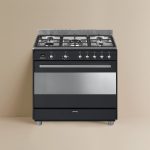 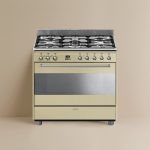 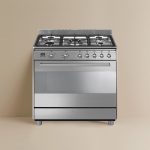 So I had over 2000 comments on the giveaway post and I committed to reading EVERY SINGLE ONE! It was harder than I thought, no lie. Firstly because, i mean its 2000 comments, but secondly the stories were all captivating and touching. I thought I’d read a comment that really grabbed me and gift that person the SMEG cooker, but it wasn’t that easy.

I genuinely wish i could hook so many of you up with this prize, but you know how it works. There were single moms, entrepreneurs, people that wanted to gift their parents, some of you moving into new homes, newlyweds, fans, and some of you that just didn’t have a cooker at all.

So what I did is as I went along reading the comments, and trying to reply to as many as I could, I highlighted the ones that really spoke to me and placed them into … my SMEG stand mixer. Yup … the fate was in the stand mixer. I just couldn’t make the decision myself.

So the winner is …

Roxanne Ramsewak, a single mother, who bakes cakes as a side hustle to bring in income for her and her two kids. Congratulations, and THANK YOU for subscribing to jsomething.com.

To everybody else, I’m sorry you didn’t win BUT trust me when i say  there will be more to come! Matter of fact, For the month of March I’m giving away a pair of Yeezys to a lucky subscriber, courtesy of the best Online Sneaker Story around, Buy My Sneaker. Stay tuned for this one as ill be announcing this real soon!

Sending you all LOTS of love and good vibes only, J.

All content on this site is Copyright Protected. Please refrain from sharing any content from this site.
x
0:00
0:00
Select the fields to be shown. Others will be hidden. Drag and drop to rearrange the order.
Click outside to hide the compare bar
Compare
Wishlist 0
Open wishlist page Continue shopping
Loading...
Loading...